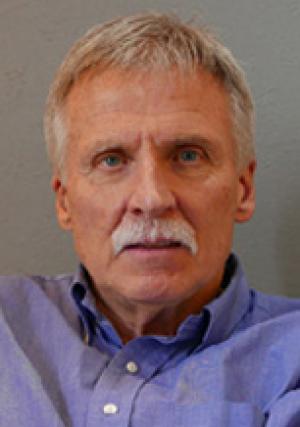 Koester collaborated with recent graduate of the Design and Planning program at the College of Architecture and Planning, Sig Langegger (currently assistant professor of Geography at Akita International University in Japan). Their research was interdisciplinary and innovative. They conducted fieldwork, interviews and analysis as a team—a strategy that enabled them to merge their disciplinary perspectives and engage in an immediate and on-going process.

Denver’s camping ban prohibits anyone from “residing or dwelling in any place with shelter, and conducting activities of daily living such as eating, sleeping or the storage of personal possessions in such place.” The term shelter includes, without limitation, any tent, tarpaulin, lean to, sleeping bag, bed roll, blankets, or any form of cover or protection from the elements other than clothing.

“If fully enforced, the ban would eliminate all publicly accessible spaces homeless people use to sleep, eat or even rest in the city,” Koester said. “Importantly, the camping ban is only one of several of such policing ‘tools.’ Others include a ‘Sit and Lie’ ordinance that prohibits resting on sidewalks on Denver’s 16th Street Mall and an ordinance that allows certain people to be effectively banished from specific public spaces.

“We discovered that enforcement of Denver’s camping ban is not simply left to the police, but is inappropriately shared by divisions of city governance including Parks and Recreation, Public Works, RTD, private security firms and even private citizens. The ban denies the homeless of any semblance of stability and normalcy in their lives. To abide by the ban’s dictates, homeless people must be in motion constantly. Forced and continual mobility disrupts health and hygiene routines. This magnifies the stigma of being homeless, depriving people of an anonymity they often previously enjoyed in Denver’s public spaces. The ban displaced people from communities and spaces wherein they felt safe enough to sleep. Homeless women reported that one of their responses to the loss of a safe “camp” was to use methamphetamine so that they could stay awake at night to lessen their risk of assault.”

According to the researchers, the ordinance’s emphasis on camping is a kind of “symbolic violence that negates homeless people’s attempts to maintain a degree of stability, a sense of home and ultimately human dignity. The homeless people we got to know put a great deal of effort into constructing and maintaining their camps. Within a moral economy of property, others recognized their right to use these otherwise vacant spaces along with their right to exclude others from these ‘homes.’ Notably, these rights were recognized outside of homeless communities: some homeless people reported that they had been able to negotiate places to stay with private property owners, and that city employees charged with clearing areas along the Platte River or Cherry Creek would on occasion, overlook it, or provide camp residents with advanced warning of evictions.”

Koester and Langegger recently presented their findings at the International Sociological Association Conference in Yokohama Japan, and at the Association of American Geographer’s meeting in Tampa, Fla. Manuscripts based on their research have been accepted for publication.